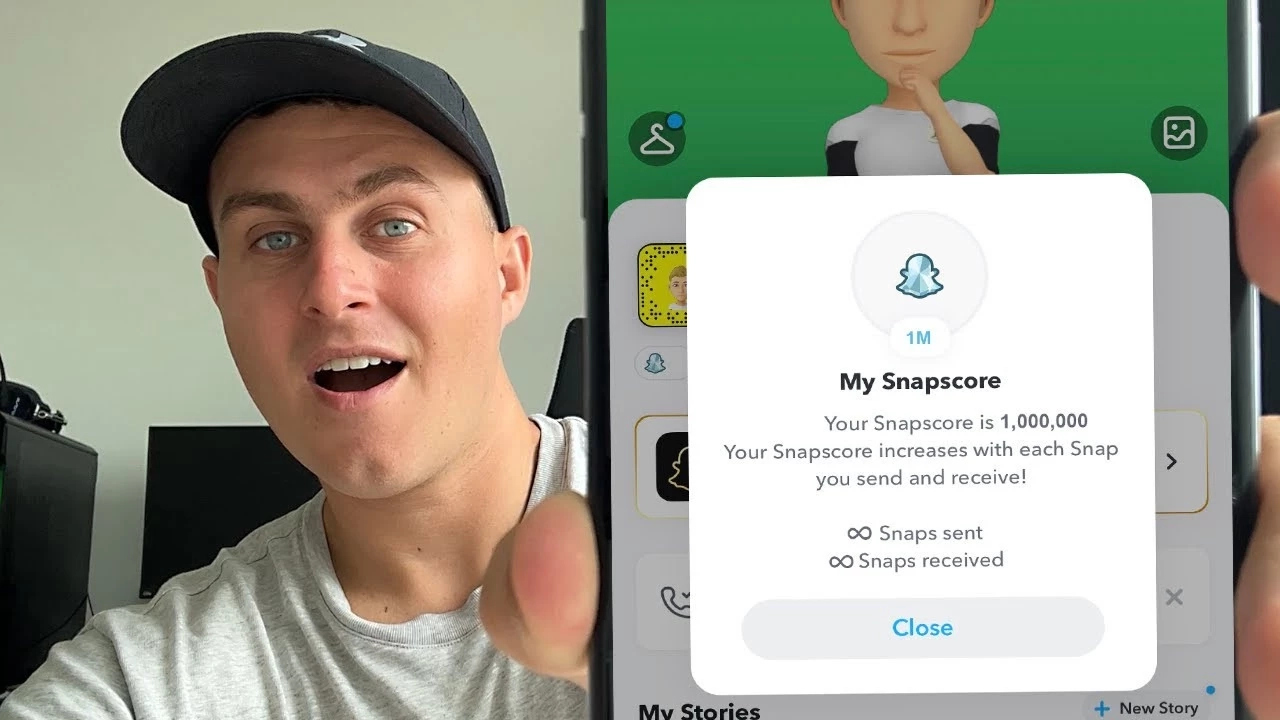 For educational purposes or simply out of curiosity, you might want to know the highest snap score in 2022.

This page updates with the highest snap score for each year.

So if you wish to know the highest snap score in the coming years, then you might want to keep watching this page.

You can also add to the list if you know of any snap score that you feel should make it to this list.

The calculation method for the Snapchat score is quite confusing.

There are a number of theories that attempts to explain how it is being calculated, but nobody except the engineers at Snap Inc. is certain of the precise method used in the calculation.

The number of Snaps you’ve sent and received, the stories you’ve posted, and other characteristics are combined to create your Snapchat score, which is a particular calculation, according to Snapchat’s website.

Snap score and what it is

There is no such thing as a good Snapchat score, in reality.

Your performance, talent, social skills, acceptance, or anything else important is not measured by your Snapchat score.

It only reveals how frequently you send and receive Snaps, how frequently you share stories on the app, how long your streak has been, how many people have watched your videos/stories, and a few other metrics that Snapchat has deliberately refused to reveal.

Contrary to popular belief, it does not track things like the number of messages you send and receive, your number of friends, or the number of user stories you interact with.

Therefore, a good Snapchat score largely depends on how you think of it.

By all means, set your sights as high as you can if you are eager to receive as much engagement on Snapchat as you can.

Keep your Snap score as low as you can if you want to continue using social media in a healthy way.

Some players have scores that are in the tens of millions.

There are a few hundred of them.

Your Snapchat score builds up over time and is influenced by both how active you are on the app and how long you have been using it, as previously mentioned.

There is no benchmark or point of comparison for determining a high Snapchat score.

It just depends on how involved you want to be with the software.

When Did Snapchat Scores Come Alive?

Snapchat score, also known as the Snap score, is a cumulative score.

This implies that at any given time, your Snapchat score is equal to the sum of all the points you have earned on a specific account since you first started using Snapchat.

This would give you a very good picture of the level of consistency it takes over the years to reach the high scores that people have now on Snapchat.

In July 2011, not too long after Snapchat was launched, scores were introduced.

According to Snapchat, the feature is designed to be entertaining in order to encourage users to use the app more frequently and engage in social activities.

Therefore, Snap score has been around for more than 11 years at the time this article was written.

Snap score is incredibly subjective to how active a user chooses to be on the app, in contrast to applications like Duolingo that use the required criterion of finishing a course each day.

It is not about achieving goals or evaluating performance.

Therefore, a user may have a Snapchat account that is as old as Snapchat yet have a Snap score of just a few thousand because they mostly utilize the program to send messages and read others’ stories.

How Do Snapchat Scores Work?

We must first acknowledge that there is not a lot of transparency from Snapchat on the operation of the scores before delving into the known methods by which Snapchat scores function.

However, after conducting a thorough analysis, we are able to state the following with certainty:

Snapchat scores are rewards you receive for actions like sending and receiving Snaps, sharing stories, and keeping up Streaks.

There are more standards for allocating Snapchat scoring points, but they are not made public.

1 – You get a point for every Snap you send. The same applies if you get a snap.

When you send a Snap in a group, you get points for each participant as well as an additional point for initiating the Snap.

However, you do not receive bonus points if you send the same snap to numerous people separately and not as a group.

2 – You gain a point for each story you upload. You do not receive any points for reading a story. Additionally, it seems that the more times your story is viewed, the more points you receive.

3 – The first Snap you send or Story you publish after a long absence from Snapchat will reward you with an additional 5 points, for a total of 6, for your return.

4 – Snapchat users now know a trick to add famous people and give them Snaps.

They are aware that it is unlikely that these Snaps will be opened, but at least they get points. So, be cautious of those who have excessively high marks.

another justification for not taking Snapchat scores too seriously.

It cannot be changed into any digital currency. Your Snapchat score is mainly ornamental and establishes your reputation as a dedicated user. Nothing more.

7 – You don’t lose a Snapchat score. Your score does not change if you take a break from Snapchat.

8 – You cannot move your score between Snapchat accounts. You are unable to give a portion of your Snapchat score to another person. A score is solely related to one account and only counts the activity on that account. No more, no less.

To achieve high Snapchat scores, one must send and receive more Snaps, keep a positive Streak going, submit more stories in the hopes that they will be seen by as many people as possible, watch videos on Discover, and spend a lot of time on the app.

According to all indications from our investigation, the Snapchat user Dion-19, who has a snap score of over 237 million, has the highest score.

We are unable to determine whether this score is natural or whether it was manipulated because there is no way to determine how long a user has been using Snapchat.

Furthermore, it is impossible to determine how many scores a user may receive in a given day.

Additionally, it is impossible to verify the validity of these impressive Snapchat scores as a result.

This is yet another argument against giving Snapchat high scores any thought.

You also shouldn’t forget that you don’t lose points. So, don’t put too much pressure on yourself to use Snapchat constantly.

For the list of the top Snapchat scores for 2022, we gathered information from many sources and verified the accuracy of each entry.

Since there is no database for the highest Snapchat scores, we must clarify that this list is not exhaustive.

There might be users with ratings higher than those displayed in the public space, for all we know. However, we are limited to using the resources we have, so let’s get started.

The record must be easily and widely measured, standardizable, and stable, according to the Guinness World Records entry requirements.

This calls for the measurement process to be transparent, for all participants to compete on an equal footing, and for it to be impermeable to outside forces.

Snapchat’s score does not fit any of these requirements, hence it has no chance of making the Guinness World Record.

Therefore, as of the time this article was written, there was no record for the highest Snapchat score on Guinness World Records.

And there won’t ever be a record if Snapchat’s score follows its present path.

Is it possible to know?

No, is the real response to this question.

This is why. The only source that can clearly identify who has the highest Snapchat score is Snapchat.

Scores for Snapchat are not kept in a public database.

Also, Snapchat scores are kept a little bit under wraps.

We can only guess based on posts made by Snapchat users unless Snapchat openly discloses who has the highest Snapchat score.

Only the accuracy of the Snapchat scores that are shown in public places may be guaranteed.

Meanwhile, here is what S means on Snapchat.